An Anglo-Saxon army descended on Mendip Outdoors for Forest School, bringing with them all manner of weapons, mystical beasts and even a dragon egg! The children took part in many activities throughout the course of the day such as fire making, Anglo Saxon bread making and many fun wide games in the forest. A huge thank you to Tor Eddins for her help throughout the day as well as the fantastic Mendip Outdoors staff, who were superb! Pictures to follow!

Phew! We've already been working so hard in Class 3 preparing for our next musical "Little Shop of Horrors"! We have busy term coming up so watch this space for notifications of every activity that the hard-working children of Class 3 get up to! Forest School, musicals and sporting activities are just some of the many exciting activities to come through the (hopefully) sunny months of May, June and July!

Our class topic this term will be the Anglo-Saxons, in which the children will be learning about all the history surrounding the early formation of our own Kingdom! We will also be exploring Anglo Saxon runes, carpentry and maybe even some weapons! A truly exciting term ahead!

What a busy couple of terms we've had in Class 3! We've had dance competitions, science visits, Fastelavn and World Book Day, all whilst delving deep into our fascinating topic of Russia. Read on below to explore some of the amazing activities that the children have been up to over the past few terms. 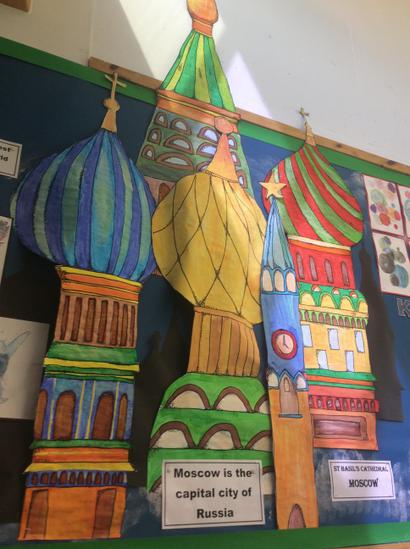 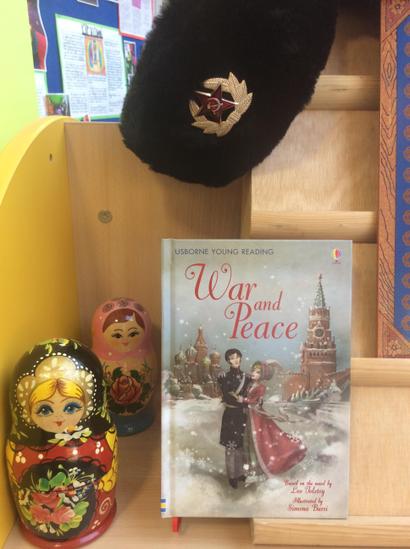 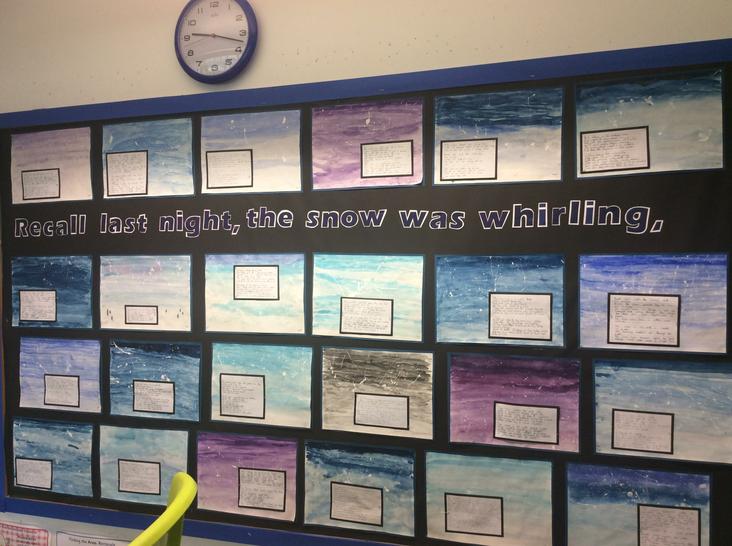 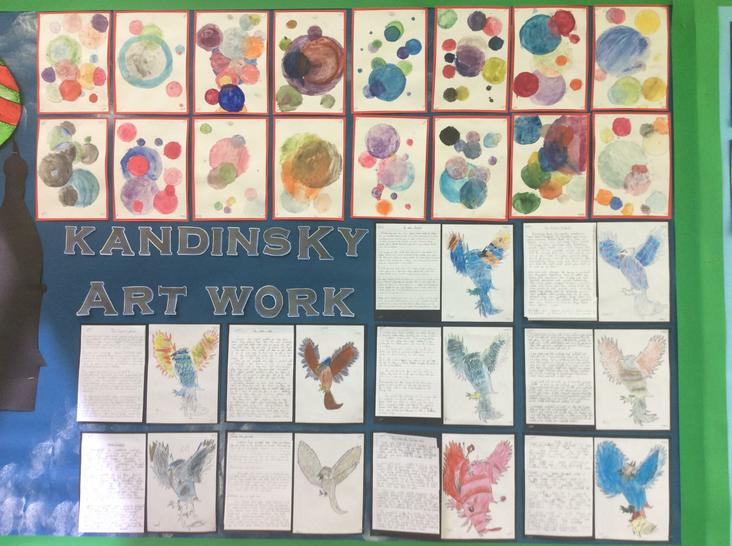 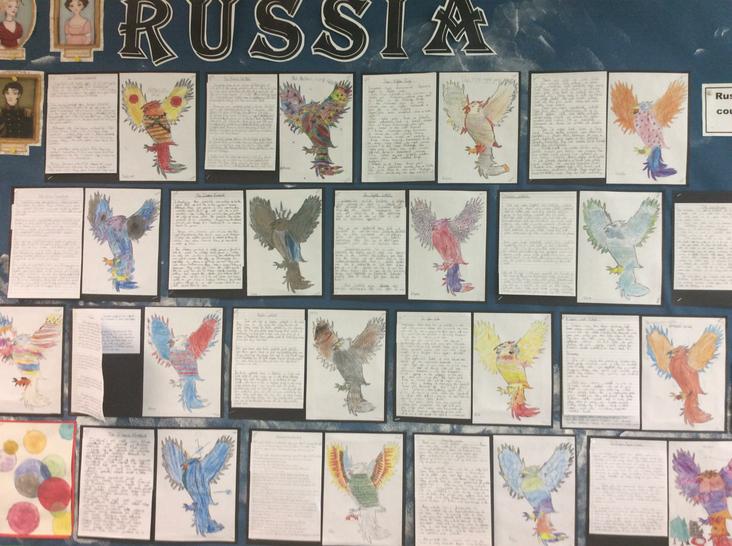 Over the past two terms, the children have been learning about the enigmatic nation of Russia. Exploring it's rich history alongside it's vast wildernesses, the children have been immersing themselves in everything this fascinating country has to offer. We studied two class texts, 'Firebird' and 'War and Peace: A Children's Version'. Both fascinated the children through tales of greed and jealousy, to love and compassion and once they had examined the stories, the children set about writing about their own Russian 'Firebirds'. The children also studied the poetry of Alexander Pushkin, linking it to the bitter Russian winter.
SCIENCE WEEK

Mr. G introduced himself with a bang, literally! Following some explosive experiments, the children were amazed and intrigued by the scientific concepts that Mr. G was explaining. After some input, the children were able to create their very own mini marvels of science, taking them home to experiment with some more! A huge thank you Mr. G for his superb science show!

Thatchers Cider kindly came into Class 3 to show the children the 'Journey of the Pip', from germination through to the making of the cider. I even hear that the children got to try some...apple juice, just apple juice! A huge thank you to the team at Thatchers and to Emma Cox for organising the activity.

Class 3 thoroughly enjoyed our Danish experience of Fastelavn. Fastelavn is a Northern European festival that is linked to Danish Lent. As one of our class has Danish ancestry, we thought what a lovely experience for the class! It involved traditional Danish themed activities such as creating our own masks, learning Danish songs and even hitting a barrel with a stick! The children may have even been lucky enough to try some authentic Danish treats! A huge thank you to Lise Hvalkof for organising and delivering such an interesting experience for the children.

As part of the tradition of Fastelavn, the children had to bash a barrel to ward of ‘evil spirits’ (disclaimer: it may have been something a little nicer in the barrel than evil spirits!). It certainly was a very well made barrel, I think my arm is still shaking!

Class 3 were exceptionally busy this week, preparing for, and performing in, Dance Their Socks Off 11. With a theme of ‘At the Movies’ to live up to, the children did not disappoint with a fantastic dance based on the classic musical, ‘Singin in the Rain’, although this one had a modern twist! Looking vibrant and colourful, the children took to the stage in front of over 600 people! They danced superbly, even having time to juggle props! A huge well done to Class 3 and all the children involved. A special thank you to Mrs Hoy-Green, Mrs Huke, Mrs Maudling and Mrs Best for their invaluable help in preparing the costumes, props and, most importantly, the children for such a successful event. Another thank you to Mrs Hill-Adams and Miss Hopkins for their help during the morning. Bring on next year! 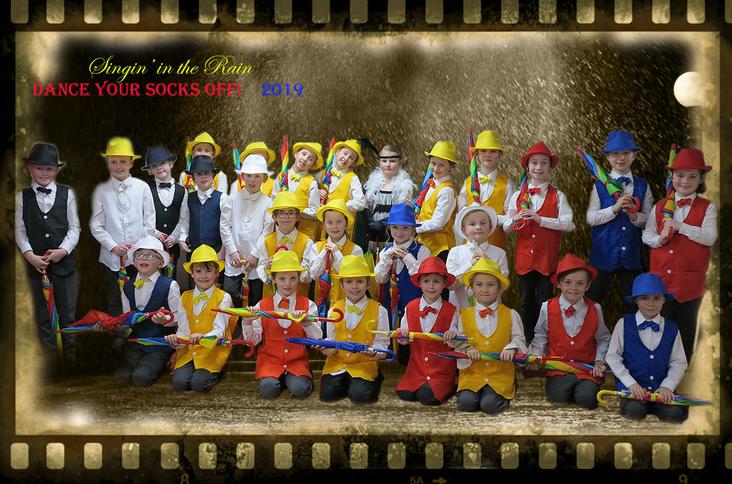 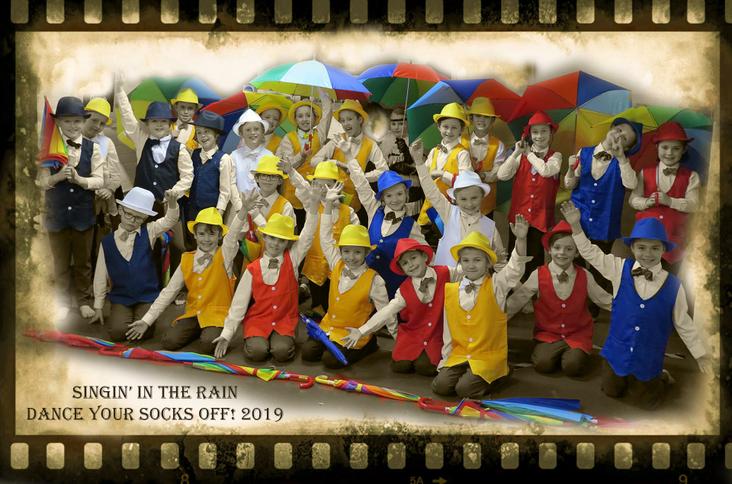 Class 3 have been utilising their incredible curiosity to discover the fascinating history behind World War I and the impact it had on daily life. From learning about the start of the war, the Christmas Truce and the use of propaganda to the end of the war and remembrance, the children have been immersing themselves in the topic. We are currently planning and drafting our narratives, based on 'War Game' by Michael Foreman (a very interesting retelling of the Christmas Truce). We have already explored various World War I artists, conscientious objectors and the children created some beautiful poetry based on famous World War I poems.

Tabi's ancestor was in the Royal Flying Corps! 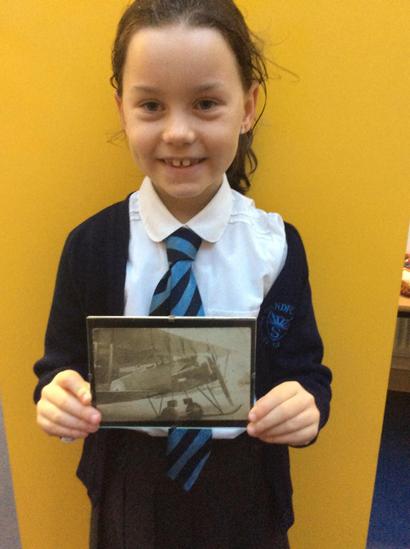 Samuel is a fantastic poster child! 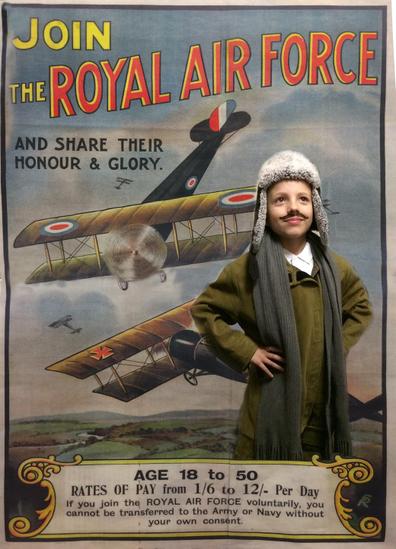 Our links to World War I 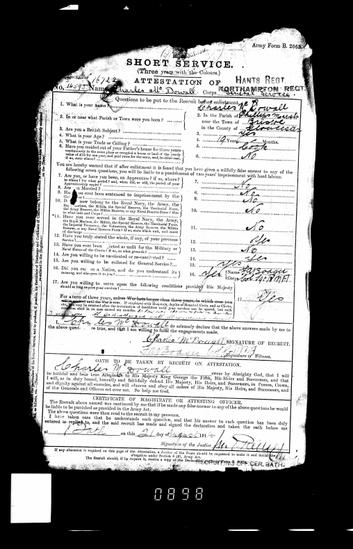 Finn with a portrait of his Great Grandfather 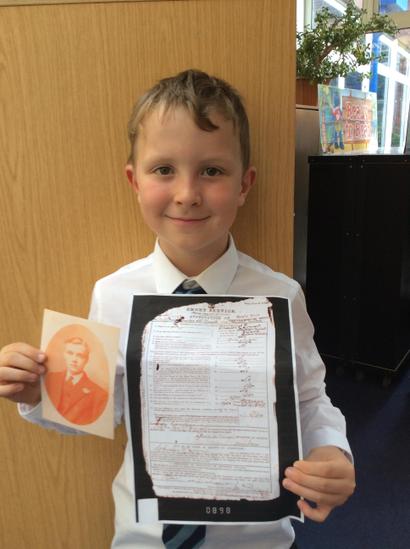 Daisy is related to Edith Cavell! 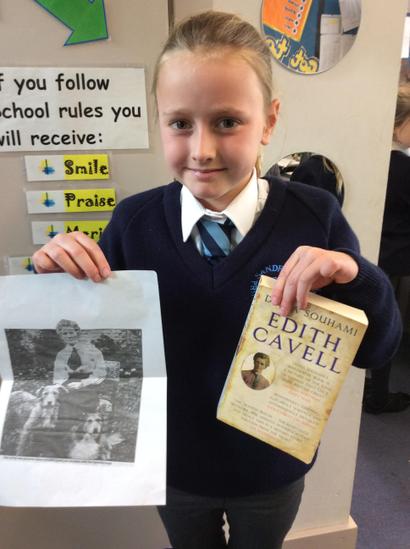 Samuel with a wedding dress worn during WWI! 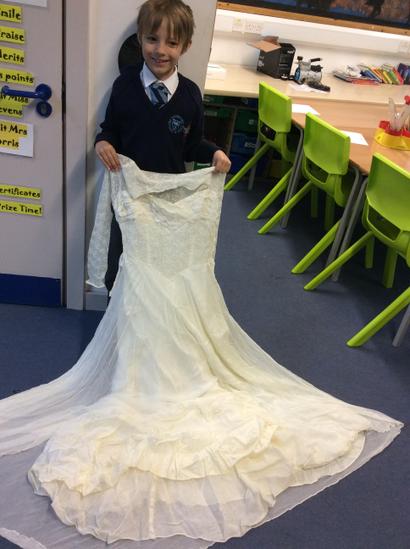 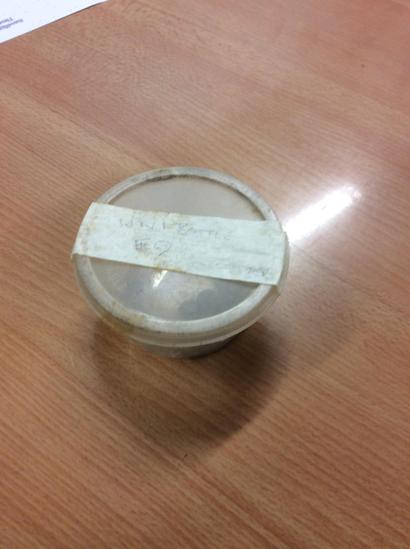 The children have been finding family links to WWI 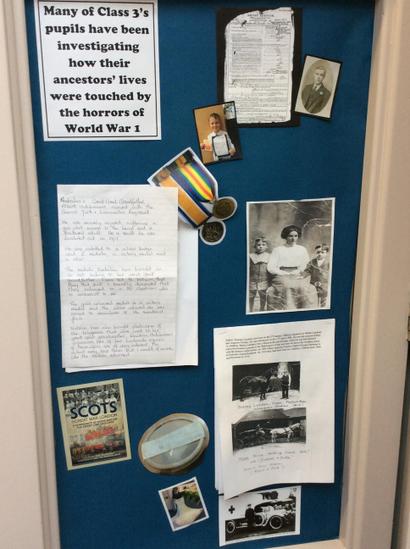 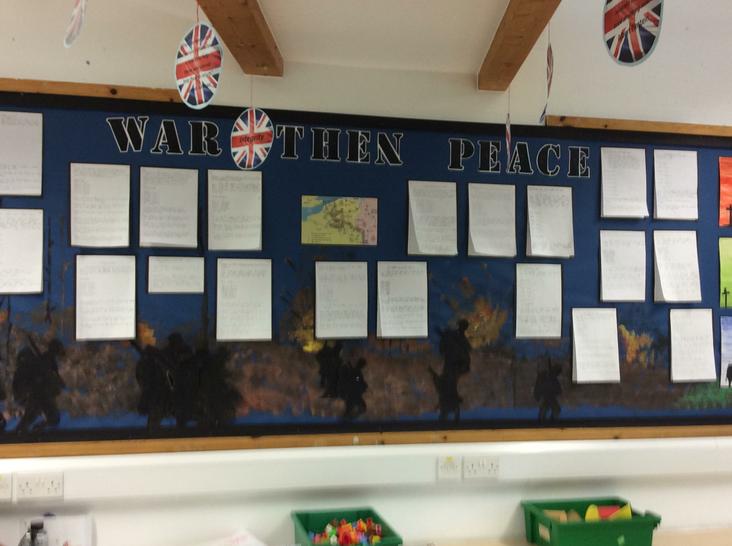 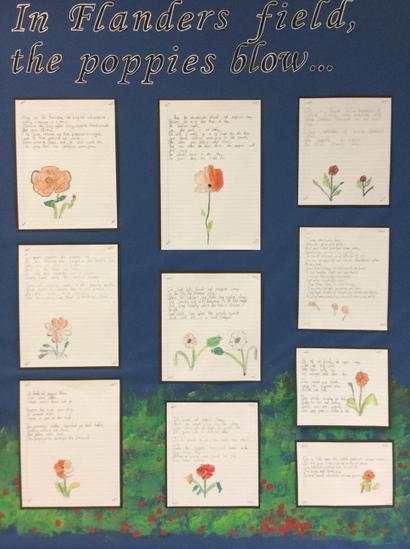 Class 3 were enthralled by a visit from Josie's dad, who is a real life orthopaedic surgeon! The children enjoyed learning more about the human body and consolidating their knowledge of bones. A huge thank you to Dr. McBride for his informative and interesting talk!

A visit from Sid, the ARP Warden, who reflected on his time during WWI

Class 3 have been learning about the roles of all people during World War I and recently had a Conscientious Objector Tribunal. This required children to study individuals who had refused to go to war and, through our school values of tolerance and compassion, adopt a view about whether these people should go to war. They then had to defend or prosecute these people before Judge Hall! Through this experience, the children learned the value of examining an alternative view and understanding viewpoints that differ from their own.

We're all part of the same puzzle!