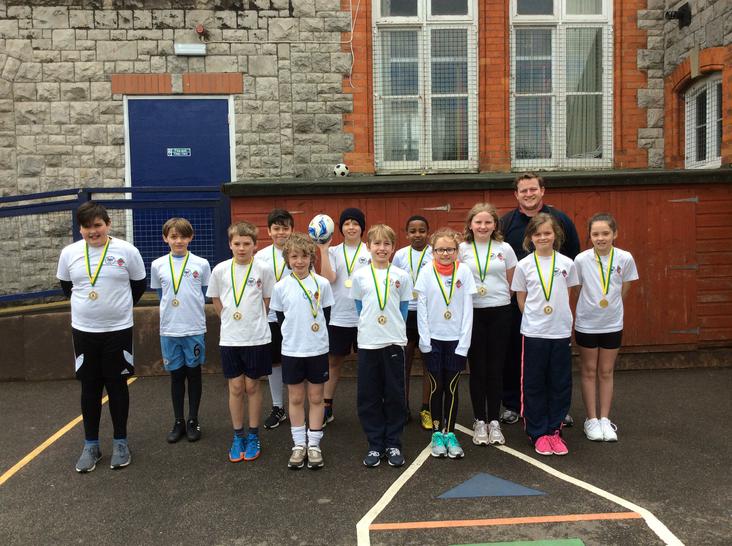 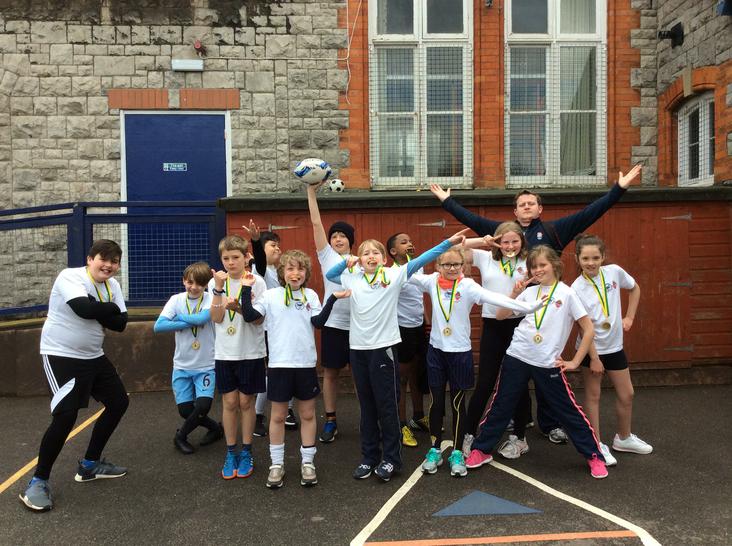 On the busy Sandford sporting calendar, it was now the turn of the Year 5/6 Tag Rugby team to take part in the North Somerset Tag Rugby Finals at Weston Hornets RFC. A daunting group containing Becket, Locking and Walliscote faced the team, with them needing to finish in the top two in order to progress to the knockout rounds. First up was Walliscote. A thrilling, end to end game, finished with Sandford 5-4 victors. Sandford stayed on the pitch for the next game against Becket, emerging 3-1 winners despite a little fatigue setting in. Luckily, Sandford were given a 2 game break before facing Locking in the final game of the group stage. What started as a tight match, with both teams scoring, ended with Sandford pulling away to finish 4 -1 winners.

With 3 wins out of 3, Sandford progressed into the knockout stages with a Quarter Final against St. Annes. A very tough match, with both sides showing off their running rugby, finished 2 – 1 to Sandford. A Semi-Final versus Mendip Green was up next. Sandford, buoyed by their confident displays so far, were made to dig deep by a very attacking Mendip Green side. Despite going 2 – 0 down, Sandford showed great character and came back to win 4 – 3.

Onto the Final and Sandford were faced by their Pool A opponents, Walliscote. With the earlier game in mind, a very tight match looked likely. Walliscote struck first and Sandford replied immediately. 1 – 1. Both sides tried to use the wide channels, and it was only when Fred Hunt switched the play that Sandford went over for another score. With the game in the balance, and Walliscote threatening to break the Sandford line, Sammy Foster pounced on a loose ball and went over for the decisive score. Sandford emerged 3 – 1 winners and therefore were crowned North Somerset Champions 2017! The victorious side now progresses onto the Regional Finals at Bristol Grammar School on 27th April 2017.