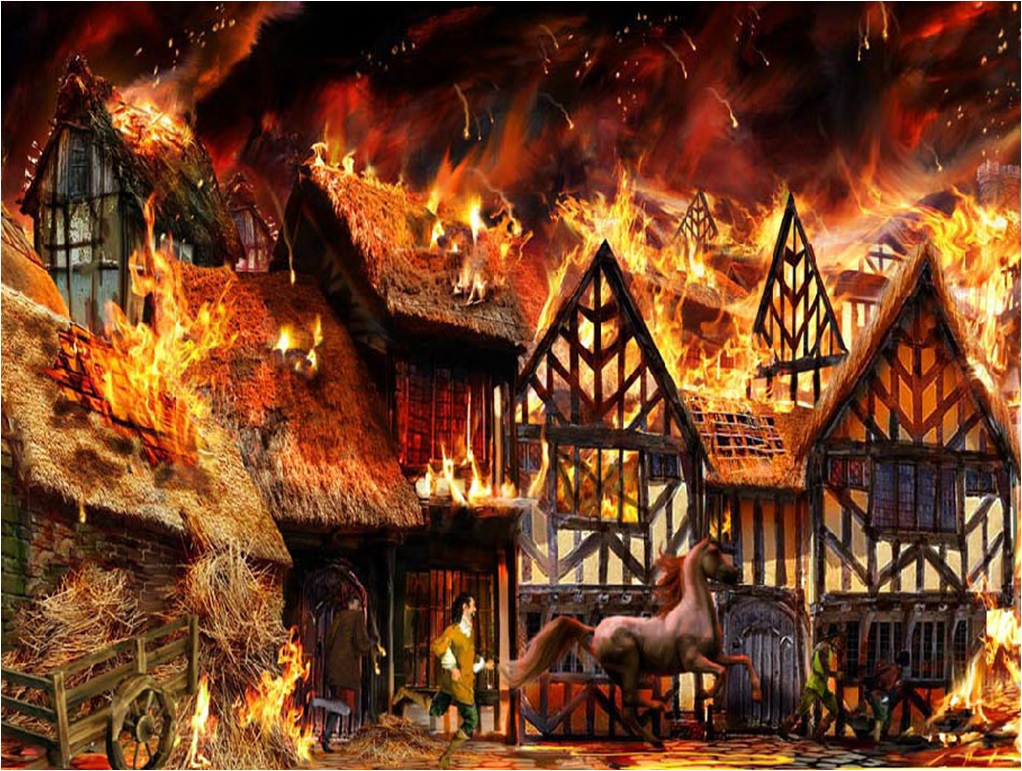 Over this week and next we will be planning and writing our own newspaper report about the Great Fire of London. We will use sources of evidence including that from our Zoom visitor, Jethro, Samuel Pepys' servant, to help us build up a picture of facts and feelings.

Take a look at this report starter to help you:

London was in chaos last night, as a fire ripped through the city.

The fire, which broke out in the early hours of Sunday morning, is thought to have begun in a bakery on Pudding Lane. It is suspected that the bakery fire was not fully put out and that embers from it fell on to nearby straw, setting it alight.

The baker, Thomas Farriner, and his family, managed to escape the inferno by clambering on to the roof and across to a neighbour’s house. It is believed that a maid in the house died in the flames, after being too frightened to climb out on to the roof.

Hundreds of houses have been destroyed and people are fleeing the flames with whatever they can carry.

A 'sessionid' token is required for logging in to the website and we also use a 'crfstoken' token to prevent cross site request forgery.